Probiotics For Digestive Health and More 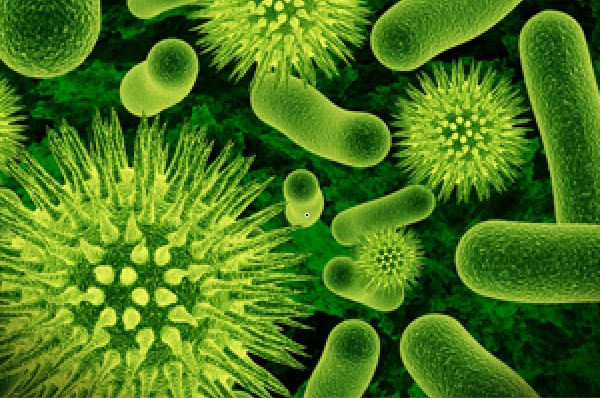 Probiotics are live bacteria and yeasts that are good for your health, especially your digestive system. We often think of bacteria as something that causes disease, but your body is full of both good and bad bacteria. Probiotics are often called the “good” or “helpful” bacteria because they help keep your gut healthy.

The probiotics that naturally occur in the stomach include a yeast called Saccharomyces boulardii and bacteria that include the Bifobacterium and Lactobacillus microorganism families. You may already know that yogurt contains the probiotic known as Lactobacillus acidophilus.

Probiotics can be purchased as supplements in the form of capsules, powders, tablets and liquid extracts – each of which contains a specific kind of probiotic. Such supplements are regularly found in vitamin shops, natural health food stores, and similar retailers. Again, one of the frequently used supplements is acidophilus.

According to the American Cancer Society, acidophilus, also known as lactic acid bacteria or scientifically named L. acidophilus, is a bacterium that is regularly found in normal digestive tract functioning. It is produced primarily in the small intestine.

The germ is included in a variety of dairy products, especially yogurt. Acidophilus and related bacteria are considered probiotic as they maintain the balance of bacteria in the intestine and therefore are promoted for maintaining the health of the bowels. Look for “contains live cultures” on yogurt containers.

The Health Advantages Of Acidophilus Use

Acidophilus is recommended for treating or preventing vaginal infections, treating diarrhea and lowering cholesterol. The bacterium also aids in lactose digestion in people who are lactose-sensitive. It prevents the growth of yeast and germs that can cause cancer.

A Reduction In Cholesterol

The American Cancer Society states that some supporters of acidophilus believe use of the bacterium may reduce the risk of cancer, particularly cancer of the colon. The bacterium is known to neutralize carcinogens in the diet, thereby killing tumor cells.

Others claim that the probiotic boosts immune system health by manufacturing vitamin K and the B vitamins. The bacterium also reduces bad cholesterol, which some proponents state is needed for tumor cells to grow. (See Probiotics Can Help You Fight Cancer for more information)

When taking a probiotic like acidophilus, the dosage refers not to the volume, but to the amount of live bacteria. Experts recommend a dose of one billion to 15 billion bacteria, although some insist that a larger amount is better. As a supplement, it should be taken one to three times per day in capsule, liquid, tablet, or powder from.

When the Probiotic Was First Discovered

Interest in the probiotic acidophilus started as far back as the late 19th century. At that time, the bacterium was credited for adding to the long life of the people living in the Balkans who regularly ingested fermented milk.

Later, it was discovered that the milk was rich in L. acidophilus. Since that discovery, the probiotic has been a topic of interest with respect to digestive health.

Implementing Probiotics Into Your Daily Diet

It is clear that probiotics can facilitate several aspects of good health. While supplements are available, eating low or nonfat plain yogurt is a great way to get your daily intake of probiotics, besides the fact that yogurt is a great source of other important nutrients, like protein and calcium, which we think makes yogurt a better choice than supplementation.

Activia is one yogurt product in particular that includes those important active cultures and probiotics that help regulate the digestive system on a daily basis.

Yogurt is also very versatile and can be eaten for breakfast with berries and a sprinkle of flaxseeds for a nice fiber boost. It can also make a great snack and dessert that – unlike ice cream – is much lower in fat and yet still satisfies the sweet tooth when made into a smoothie with fruit.

Fight Fatigue with These Energy-Boosting Foods
Lower Your Blood Pressure With These Foods
Potassium, Are You Getting Enough of This Key Nutrient?
Tags: nutrition, Probiotics
Previous Post 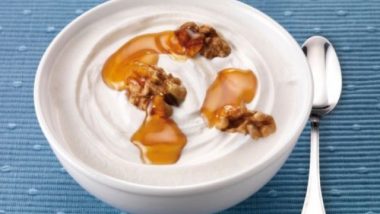 What’s the Difference Between Non-Greek and Greek Yogurt? 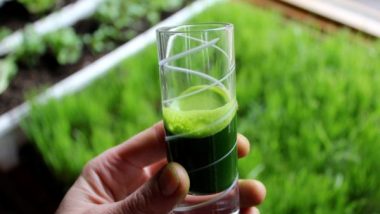 How Wheatgrass Can Boost Your Health